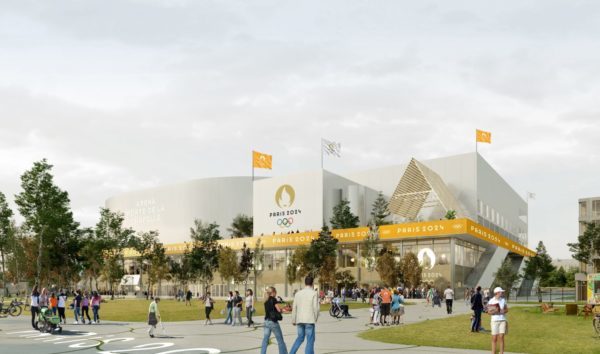 The information was revealed by Le Parisien: the Arena at Porte de La Chapelle, one of the new sports facilities built for the Paris 2024 Games, will be delivered several months late. Paris City Hall confirmed this on Wednesday 7 December, stating that the arena should be ready by the end of 2023, probably in December, for an opening in January 2024. In the initial plan, its construction was to be completed in the summer of 2023. Located in the north of Paris, the Porte de la Chapelle Arena will host badminton and rhythmic gymnastics during the Olympic Games, followed by para-badminton and powerlifting at the Paralympics. According to the Paris City Council, the delay is the result of several factors, including the health crisis, inflation and supply difficulties linked to the war in Ukraine. The delayed delivery of the stadium will not affect the timetable for the preparation of the Paris 2024 Games, but it could have an effect on the test events. The 2023 edition of the French International Badminton Championships will continue to be held at its usual venue, the Pierre de Coubertin Stadium in Paris. The next one, in 2024, is still under discussion.