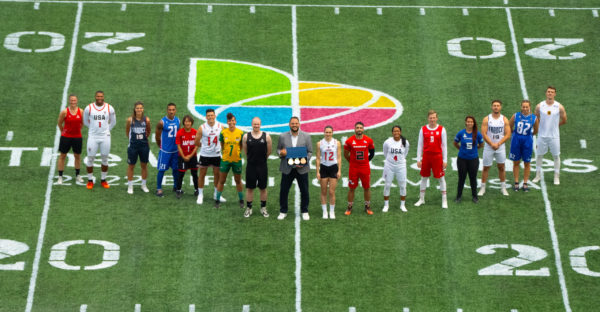 With less than four years to go until the Los Angeles 2028 Games, American football is on its way to a possible Olympic destiny. Its international federation, the IFAF, has announced that it has awarded the Finnish city of Lahti the organisation of the next edition of the world flag football championships. The global tournament will take place from 25 to 30 August 2024 at the Olympic and Paralympic training centre in Pajulahti, located 90 minutes north of Helsinki. It will bring together the top 10 men’s and women’s teams in the world. The decision by the IFAF, chaired by Frenchman Pierre Trochet, follows flag football’s debut at the World Games in Birmingham, Alabama, last July. Supported by the NFL in its Olympic campaign, flag football aims to be part of the Los Angeles 2028 Games programme. The sport has already cleared a first hurdle by being selected, along with eight other sports, by the Californian organisers to continue discussions for a possible entry into the Olympic programme.