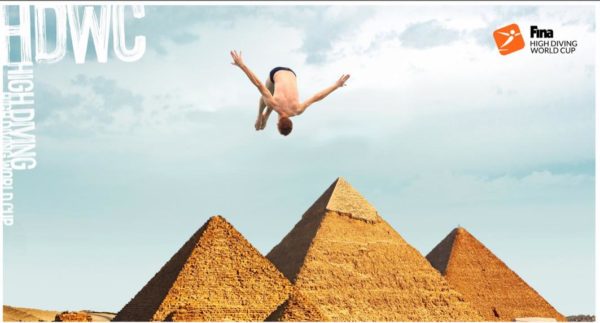 FINA is turning to Africa. The world swimming body announced the signature of a cooperation agreement with the Egyptian Federation. It foresees the organisation in Egypt of a series of international events in diving and artistic swimming between 2023 and 2026. The dates will be determined later, but it is certain that the competitions will be held at the site of the Giza pyramids, which has been a UNESCO World Heritage Site since 1979. Several events on the FINA calendar are scheduled to take place in Egypt as part of this unprecedented agreement, which was initialled by the Egyptian Minister of Youth and Sports, Dr Ashraf Sobhy: the Diving World Cup in 2023 and 2024, the Diving Grand Prix between 2023 and 2026, and the Artistic Swimming World Series in 2023.