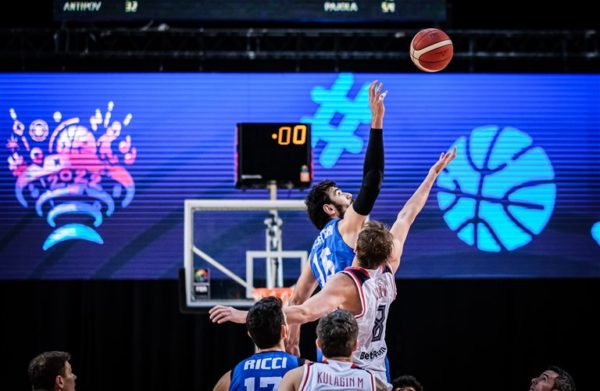 Could basketball be stronger than the health crisis? After the NBA, which ended its last season in the Orlando, Florida bubble, FIBA ​​has also shown itself capable of successfully completing all of the Continental Cup qualifiers. During the month of November, the international body organised no less than 78 qualifying matches on four continents, involving 72 teams and 870 players from all over the world. For the occasion, sanitary bubbles were set up in 15 different cities in Africa, America, Asia and Europe. A strict protocol had been drawn up beforehand by the FIBA ​​Medical Commission, after consultation with the World Health Organization. Conclusion: only four matches had to be postponed for health reasons. In preparation for these qualifications, 18 webinars were organised for national federations and local authorities. They brought together more than 400 participants. On site, all players and team members had to present two negative COVID-19 tests before going to the bubbles, carried out no later than 72 hours before departure and five days earlier. Participants were tested again upon arrival. More than 5,000 PCR tests were carried out before the competitions, and more than 4,000 others were on site. The third and final stage of the qualification process for the FIBA ​​Continental Cup, scheduled for February 2021, will also be organised in health bubbles.