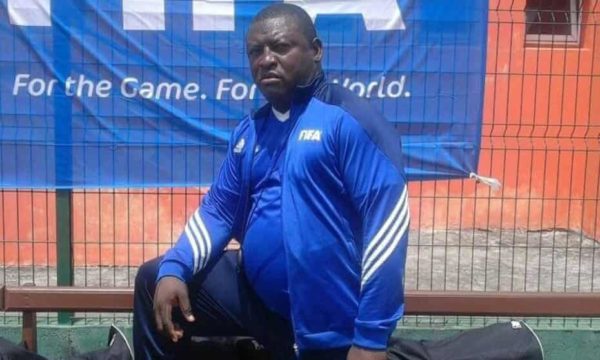 A nasty affair. FIFA announced on Tuesday 3 May that it had opened a disciplinary investigation into Gabonese football. It concerns three coaches and an official, suspected of multiple sexual assaults on underage players. The procedure began last December with a preliminary investigation against a coach, Patrick Assoumou Eyi (pictured above), who was in charge of the national under-17 team until 2017. Last December, FIFA’s disciplinary chamber extended the provisional suspension decided by the Gabonese Football Federation to the whole world. Patrick Assoumou Eyi is accused of having abused several hundred young boys. According to several anonymous testimonies from victims, Patrick Assoumou Eyi decided to select players for the national under-17 team who yielded to his advances. He also “supplied” youngsters to other “figures” in national football. FIFA then widened its investigation to include two other Gabonese coaches, Triphel Mabicka and Orphée Mickala, as well as an official, Serge Ahmed Mombo, the president of the provincial football league in Libreville, the capital. The three men are banned from all football activities, both nationally and internationally, for a period of 90 days.