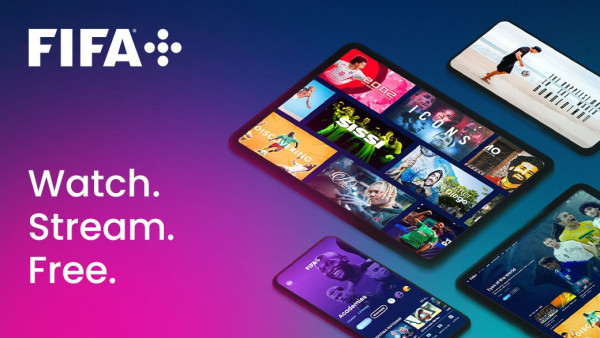 FIFA is breaking new ground. It has announced the launch of a digital platform for the broadcast of live football matches, as well as World Cup archives and dedicated content. Its name: FIFA+. Launched on Tuesday 12 April, the platform is free and available in five languages (English, French, German, Spanish and Portuguese). Six other languages should be available from June. According to a statement from the body, FIFA+ is intended to offer “live matches from championships around the world, interactive games, news, information on competitions, new video content, and stories on men’s and women’s football“. For the year 2022, FIFA promises more than 40,000 matches, including more than 11,000 women’s football matches. At launch, 1,400 matches per month will be streamed, a rate that is expected to increase rapidly. As a bonus, the platform will offer original programmes in the form of documentaries, docu-series, talk shows and short films adapted in 11 languages. The first ones are about Ronaldinho, Dani Alves, Ronaldo Nazário, Romelu Lukaku, Lucy Bronze and Carli Lloyd. “Never before has a sports federation offered its community so much content and streaming video,” FIFA suggests. FIFA President Gianni Infantino explains: “This has been a fundamental part of my Vision 2020-2023. It will accelerate the democratisation of football and we are delighted to share it with fans.” The FIFA+ platform will initially be available on web and mobile devices, followed by a wide range of connected devices.