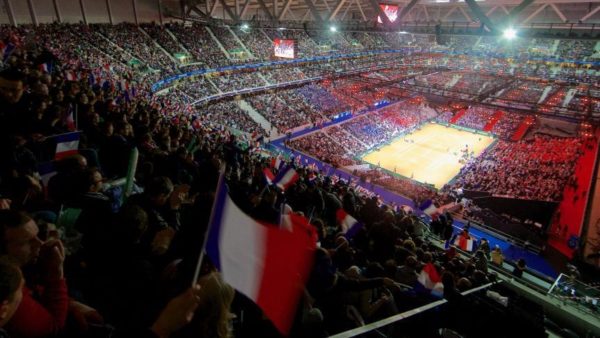 Is the question of the venue for the preliminary phase of the Paris 2024 Games basketball tournament settled ? Yes and no. But rather no than yes. Admittedly, the international federation of the discipline (FIBA) announced in a press release, published during the last weekend, to have accepted “exceptionally” the site of the Pierre-Mauroy stadium of Lille, proposed without real alternative by the OCOG since the abandonment of the hall 6 of the Palais des Expositions of the door of Versailles, in the south of Paris. FIBA agreed to this step forward so as not to slow down the preparation of the Paris 2024 Games, when the organisers have launched the first phase of their ticketing operation. But their green light comes with conditions. They are anything but anecdotal. The most complex file concerns the air conditioning of the Pierre-Mauroy stadium. The FIBA makes this an obligation, in accordance with the specifications of the Olympic basketball tournaments and the safety of the players. But air-conditioning the northern stadium is not only technically complicated, but also costly. Experts from both sides, the OCOG and FIBA, have been discussing the subject for months. According to our information, the question has not been settled. It is not the only one. The transport of the teams to Lille, and their accommodation on site, are still under discussion. Like the air conditioning, these two questions have not been settled. Etienne Thobois, the director general of the Paris 2024 OCOG, assured FrancsJeux last month that discussions with FIBA are continuing in “a calm climate“. The IOC, for its part, announced as “good news” the agreement “under conditions” of FIBA for the site of Lille. But the final green light from FIBA does not seem to be forthcoming. The international body will not give in on its “conditions“. The ball is still in the court of Paris 2024.