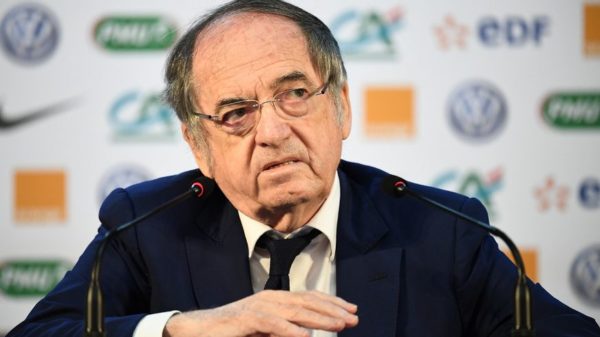 The French Football Federation (FFF) is facing a major challenge. The magazine So Foot has published several anonymous testimonies from employees of the body reporting sexual messages received from the president of the body, Noël Le Graët (photo above). The monthly magazine quotes three extracts from undated text messages, which were allegedly sent by the executive to current or former FFF employees: “Come to my house for dinner tonight“, “I prefer blondes, so if you feel like it“, “You’re really good looking, I’d like to put you in my bed“. So Foot also gathered the testimony of a former employee, according to whom Noël Le Graët “jumps on anything that moves”. Several female employees of the FFF are said to have resigned in recent years because they felt “sexually harassed, but also morally harassed”. This is not the first time that the federation has had to deal with this issue. In October 2021, the Paris industrial tribunal ordered it to pay €10,000 in damages to a former employee. She accused the financial director, Marc Varin, of sexual harassment. The FFF had been sanctioned by the court for “failing to fulfil its obligation to combat sexual harassment”. The management of the body had then sent a simple “call to order” to its financial director. It had also set up “anti-harassment” training for its staff.