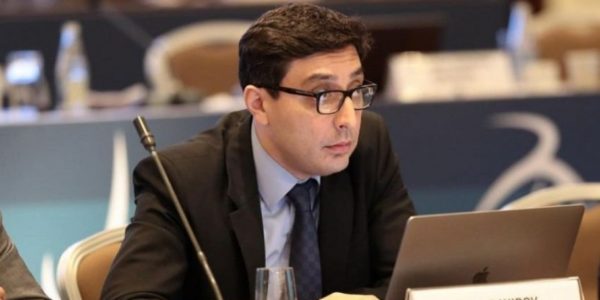 A plebiscite for Farid Gayibov (photo above). The Azeri leader, Minister of Youth and Sports since last year and vice-president of the National Olympic Committee, has been re-elected for a new mandate as president of the European Gymnastics Union. The only candidate, he obtained all 44 valid votes during the congress of the body, held over the last weekend in Albufeira, Portugal. First elected in 2017 to succeed the Frenchman Georges Guelzec, Farid Gayibov was re-elected for a three-year term. He will be assisted by three vice-presidents, Michel Boutard from France, Tom Thingvold from Norway and Edvard Kolar from Slovenia.