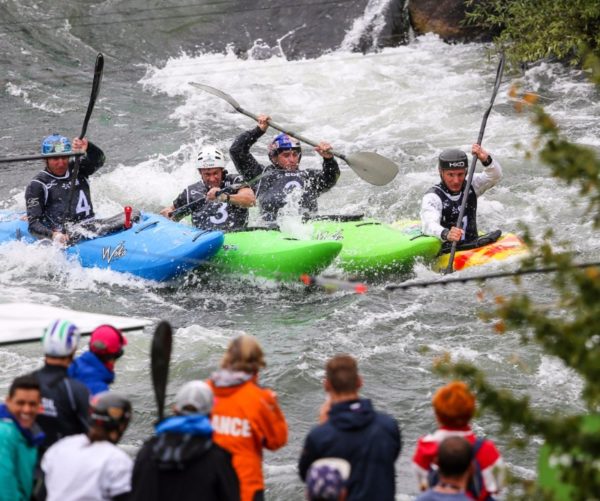 Traffic jam in prospect for the program for the Paris 2024 Games. Like 19 other world bodies of summer Olympic sports, the International Canoe Federation (ICF) is campaigning for the introduction of a new discipline: extreme slalom. Its executive board decided on Tuesday 24 November to add it to its catalog of events for the Paris Games in 2024, two weeks before a decisive meeting of the IOC Executive Board. A relatively new discipline in the world of canoeing, extreme slalom has already found its audience. According to the ICF, its events even achieve high ratings in broadcasts of World Cups and World Championships. Also according to the ICF, the addition of extreme slalom would not require additional athlete quotas, with most of the competitors already engaged in the more traditional slalom events. Nevertheless, the ICF proposes to the IOC Executive Board to remove two medal events from the road race program, to replace them with two extreme slalom competitions, men and women. With such a scenario, the 2024 Paris Games would distribute ten medals in road races and six medals in slalom.