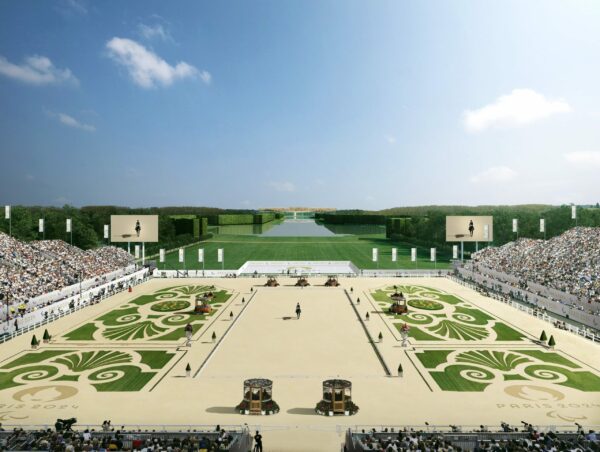 ad news for eventing specialists: the test event for their discipline before the Paris 2024 Games has been removed from the calendar. The International Equestrian Federation (FEI) announced this in an official document, where it details the options for replacing the pre-Olympic competition originally planned at the Versailles venue (pictured above). “A series of test activities, including a demonstration and a pontoon water crossing test, will be held in September 2023 (exact dates to be confirmed), to which representatives of the National Olympic Committees and National Federations will be invited,” the body explained. These tests will be supplemented by familiarisation with the venue and presentations on the planning and preparations for the Games. The decision not to hold a large-scale test event was taken for financial reasons: the infrastructure for the eventing events is temporary and will not be ready until the Olympic Games. The FEI also states that the teams of GL Events Equestrian Sport, the private service provider appointed by the Paris 2024 OCOG to organise the equestrian competitions, will be able to use the events organised in Fontainebleau in April 2023 (CSI5* and CDI5*), and then again the following year, to test their arrangements. “The ground of the track for these events will be the same as the one used on the Versailles grounds during the Games,” adds the international body.