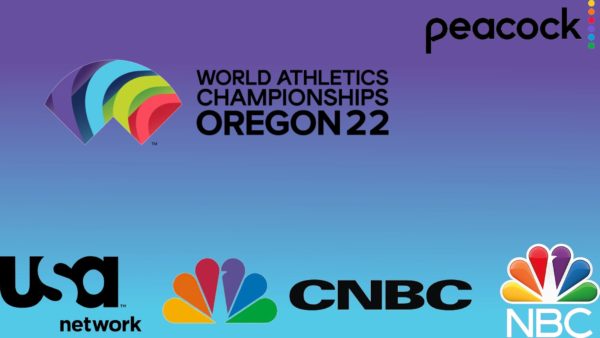 World Athletics can rub its hands: the World Outdoor Track and Field Championships in Eugene, organized from July 15 to 24, 2022 in Oregon, have broken audience records in the United States. The NBCUniversal group, holder of the rights of the event on the American market, revealed its figures: the 2022 World Championships, marked by an overwhelming American domination (33 medals, including 13 gold), were the most watched in history in the United States, with 18.7 million viewers on the various platforms of NBC Sports. This exceeded NBC Sports’ previous record for outdoor Worlds, set in 2017 in London (11.3 million), by 65%. On the final night of competition, Sunday, July 24, NBC averaged 2.362 million viewers, making it the network’s most-watched track and field program in 26 years, excluding the Olympics and Olympic trials. The audience reached a peak of 3.2 million viewers in the late evening. This last session of the competition, marked in particular by the world record in the pole vault beaten by Mondo Duplantis (6.21 m), was the second most watched sports program of the weekend. The 2022 World Championships were broadcast by the broadcasting group in alternation on three of its channels, NBC, USA and CNBC.