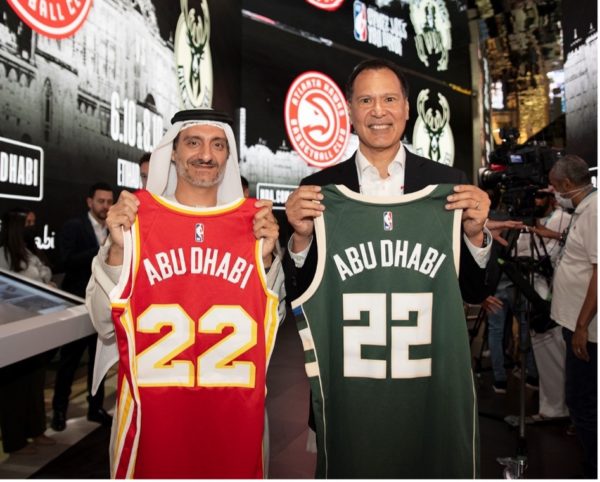 The NBA continues its world tour. But this time, it has chosen the Persian Gulf. The North American professional basketball league has announced that it has signed a partnership agreement with the Abu Dhabi Department of Culture and Tourism (DCT Abu Dhabi), which includes the organisation of two pre-season games in the United Arab Emirates next autumn. They will pit the Atlanta Hawks against the Milwaukee Bucks, the 2021 NBA champions, on 6 and 8 October 2022 at the Etihad Arena on Yas Island. The two games, already dubbed the NBA Abu Dhabi Games 2022, will be the league’s first two in the Arabian Gulf. They are part of a multi-year partnership between the NBA and DCT Abu Dhabi that earlier this year saw the launch of the inaugural Jr. NBA Abu Dhabi League, a youth basketball league for 450 boys and girls between the ages of 11 and 14 from local schools in Abu Dhabi. The partnership also includes interactive events, including a series of NBA FIT Clinics to promote health and wellness, and an NBA 2K League exhibition at Middle East Film & Comic Con.