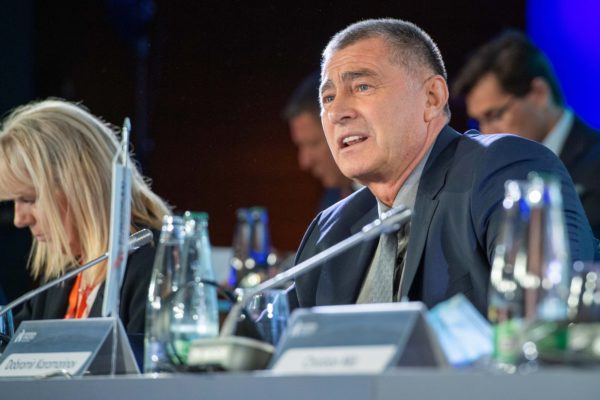 A plebiscite. The Bulgarian Dobromir Karamarinov was elected on Thursday, October 14th, as the new president of the European Athletics Association. The only candidate for the position, he was unanimously elected by the votes cast. He thus officially becomes the sixth president of the body, but he had already been acting as interim president since the spring of 2020, because of the illness of Norwegian Svein Arne Hansen, who died in June 2020. Dobromir Karamarinov joined the body’s board in 2007 and was elected at the 27th Congress, held this week at the Royal Savoy Hotel in Lausanne, in the presence of Sebastian Coe, the president of World Athletics. One place below him, the Frenchman Jean Gracia was elected vice-president. He will be assisted in this role by the British Cherry Alexander and the Czech Libor Varhanik. The two vacant positions on the board were filled by Juergen Kessing from Germany and Henryk Olszewski from Poland. Dobromir Karamaranov will complete Svein Arne Hansen’s mandate until 2023 and the next elective congress, scheduled for April 21-23rd, in Belgrade, Serbia. Asked after his election about the presence of athletics at the next European Games, to be held in 2023 in Poland, the Bulgarian leader assured that the discipline would be one of the major sports, even if the modalities of participation of the athletes were still to be determined. “Our objective, together with the European Olympic Committees, is to have the best athletes at the European Games,” he explained during an online press briefing. This will be the case in Poland in 2023.”