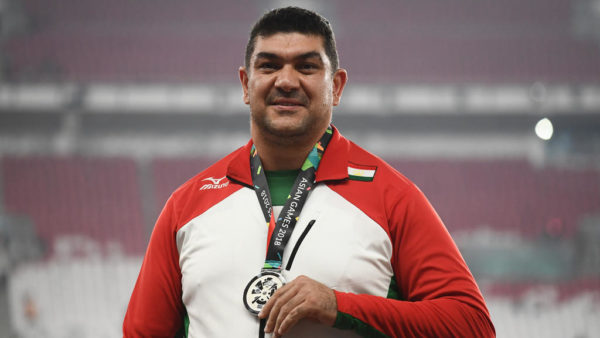 End of the road for Dilshod Nazarov. The hammer thrower from Tajikistan, Olympic champion at the Rio Games in 2016, was suspended for two years for use of “prohibited substance” after a new analysis of his samples taken at the 2011 world championships in Daegu (South Korea). That year he had taken tenth place in the final, but his doping test was positive for turinabol, an anabolic steroid. The Athletics Integrity Unit (AIU) announced Thursday, March 18th, adding that the suspension of the Tajik colossus takes effect from September 24th, 2019, the date of his provisional suspension. Dilshod Nazarov, now 38, vice-world champion in 2015 in Beijing, will therefore not be able to defend his title next summer at the Tokyo Games. He lost the benefit of all his results between August 29th, 2011 and August 29th, 2013. In addition to his athleticism, Dilshod Nazarov is also the current president of the Tajikistan Athletics Federation. As soon as his suspension was announced, World Athletics President Sebastian Coe suggested he should step down.