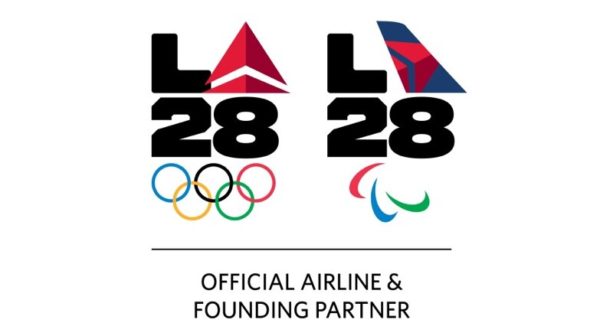 No time to lose in California. With just under six years to go before the event, the first partners of the Los Angeles 2028 Games are already getting into their stride. Delta Airlines, the leading sponsor and official airline of the Olympic and Paralympic Games, and the organising committee unveiled the Atlanta-based company’s new logo on Thursday 28 September. It incorporates the visual identity of Los Angeles 2028, with the Delta symbol replacing the A in LA. Delta Airlines became the first founding partner of the LA 2028 Games in 2020. The airline is also, as of this week, the first of the event’s sponsors to present a specific logo. Emmakate Young, Delta’s general manager of marketing and sponsorship, said: “This is a very important step for us. It’s a symbol of our partnership with LA, our commitment to the people of the city and those who pass through it, but also our commitment to the Olympics. Delta’s initiative could soon be emulated”. In 2020, Los Angeles 2028 unveiled a variable geometry logo that could be endlessly twisted to personalise it, announcing that everyone could “create their own“. Before Delta, NBC tried its hand at it, as did a large colony of American athletes in the Olympic and Paralympic disciplines.