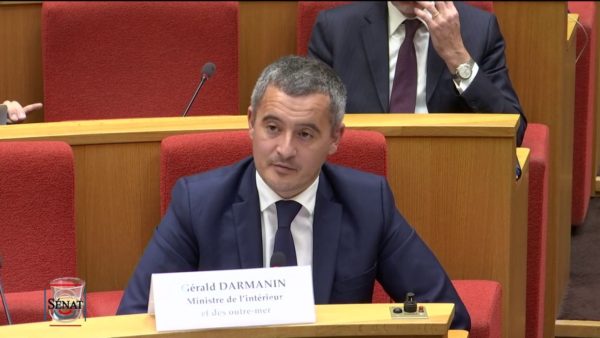 No doubt about it: the danger will come from the sky, in less than two years, during the Paris 2024 Games. The prediction comes from an expert, Gérald Darmanin, the French Minister of the Interior. Present on Sunday 20 November in Doha, where he represented the government at the opening match of the 2022 football World Cup, he explained to AFP that “drone attacks were the main terrorist threat” for major sporting events, including the 2023 Rugby World Cup in France and then the Paris 2024 Games. According to the interior minister, the main threat would be “a drone loaded with explosives that goes on a crowd, on an exposed team, on an opening ceremony like at the Olympic Games for example“. Gérald Darmanin also confirmed that 225 French police officers, gendarmes and deminers were present in Qatar to help secure French supporters at the World Cup, an event whose lessons will always be good to remember in the perspective of the next two years. “It’s intelligence and experience to learn for tomorrow, for the Rugby World Cup and the Olympics,” he suggested. There’s something to learn from previous competitions, it’s also the last major competition before our own competitions organised in France.”