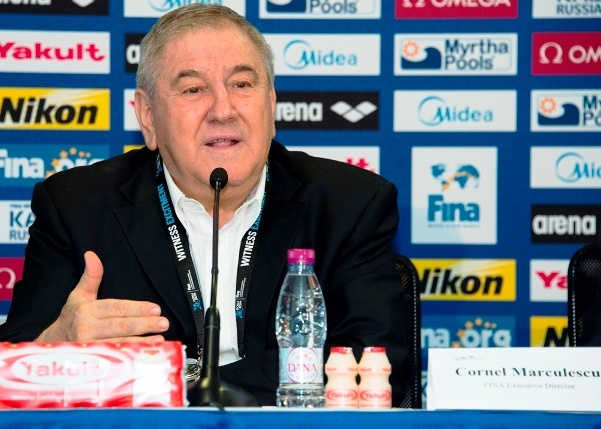 A page turns at the International Swimming Federation (FINA). Meeting in virtual mode for the first time this year, the Bureau of the global body on Wednesday (March 3rd) accepted the resignation of Cornel Marculescu (pictured above), the executive director of FINA. The 79-year-old former Romanian water polo player and referee had held the position for… 35 years. Pending a more lasting solution, the members of the FINA Bureau have chosen to do so with the means at hand. From Thursday March 4th, the interim will be taken over by Marcela Saxlund Medvedev, who until then held the role of Deputy Executive Director. For his part, the current communications director, Pedro Adrega, is also climbing one level to become deputy executive director. Both know the house inside and out, having worked at FINA for over 20 years.