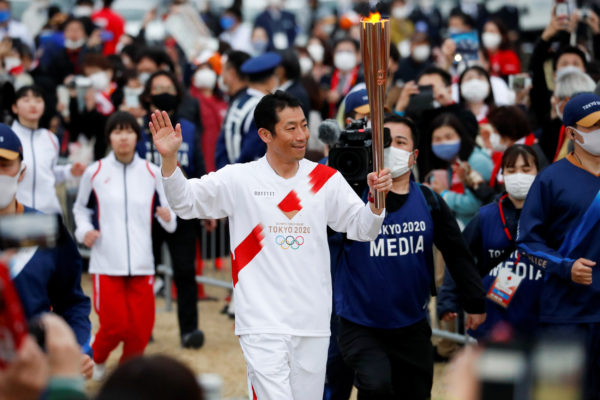 A first quack on the course of the Olympic flame. Japanese Prime Minister Yoshihide Suga suggested Thursday, April 1st, that the passing of the torch in the city of Osaka had been canceled, due to a new peak in the COVID-19 pandemic. “Hasn’t that been canceled?” He asked the media. “What I do know is that it was canceled after discussions between the Tokyo Games organisers and the Osaka Torch Relay committee”. But it seems the Prime Minister spoke very prematurely. Admittedly, the governor of Osaka had estimated a few hours earlier that the passage of the flame, scheduled in his city on April 13th and 14th, should not take place for health reasons. Osaka Mayor, Ichiro Matsui, would also like his city to be wiped off the course from now on. But the organisers of the Games denied. They said in a statement that the prime minister’s position was based on “non-factual” information. And said that they continued to work very closely with the city and the local authorities in order to make a decision as quickly as possible.