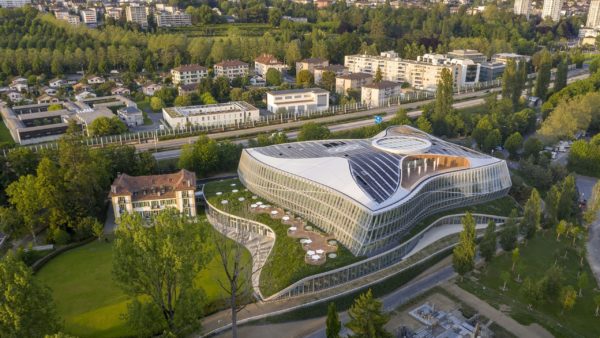 Parity has taken another step forward in the Olympic movement. On Friday 30 September, the IOC unveiled the detailed composition of its numerous commissions. For the first time in history, there are an equal number of women and men on the commissions. In total, the IOC Commissions now have 546 positions: 273 are held by men and 273 by women. In 2013, women represented only 20% of the membership. As a bonus, a record 13 out of 31 commissions are chaired by women this year. The IOC also announced the appointment of the first refugee athletes to its Commissions: athlete Yiech Pur Biel was a member of the first-ever Olympic refugee team at the Rio 2016 Games, where he competed in the 800m track and field event (he has since become the first refugee member of the IOC); cyclist Masomah Ali Zada, who will be competing at the Tokyo 2020 Games as part of the IOC-formed Olympic refugee team, was appointed to the Athletes’ Commission. Finally, several changes were made for this new IOC promotion. Three new Commissions were created (Institutional Communication and Public Affairs, Olympism 365, and Marketing Communication and Digital Engagement). The Marketing Commission has become the Revenue and Commercial Partnerships Commission. The Digital and Technology Commission is now called Technology and Technical Innovation. The Women in Sport Commission is renamed the Commission for Gender Equality, Diversity and Inclusion. Among the many newcomers are Frenchman Martin Fourcade, elected at the Beijing 2022 Games to the Athletes’ Commission, which also includes the Revenue and Commercial Partnerships Commission, and Brigitte Henriques, the President of the National Olympic Committee (CNOSF), who has been appointed to the Commission for Gender Equality, Diversity and Inclusion; former American skier Lindsey Vonn, a member of the board of directors of OBS (Olympic Broadcasting Services); and Hungarian Balazs Furjès, former head of the Budapest 2024 bid, now co-chair of the organising committee for the 2023 World Athletics Championships in Budapest, who has been appointed to the Brisbane 2032 Games Coordination Commission