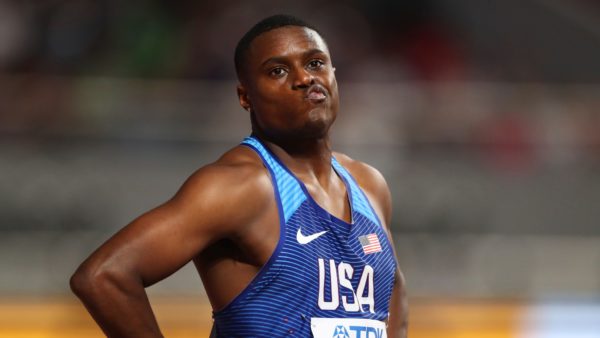 Christian Coleman is not giving up. The American sprinter, reigning world champion in the 100m, has decided to appeal his suspension for doping following his three breaches in 12 months of the whereabouts rules. He officially lodged an appeal with the Court of Arbitration for Sport (CAS). The court based in Lausanne announced this on Thursday, November 26. Christian Coleman is challenging his two-year suspension imposed last month by the Athletics Integrity Unit, the independent body entrusted by World Athletics with overseeing its anti-doping program. The American asks that his sanction, which would deprive him of the Tokyo Games in 2021, be “invalidated, or at least reduced”, said the CAS in a statement. The Court of Arbitration for Sport also announced that it has received a request from World Athletics to overturn the decision to shut out the world champion in the 400m, Salwa Eid Naser. The Bahraini athlete had also been provisionally sanctioned for missing three doping controls, before being cleared last October by the disciplinary court of the Athletics Integrity Unit, his lawyers having succeeded in invalidating one of the three “no shows”. World Athletics is hoping CAS will reverse that decision and revert to the original sanction, a two-year suspension. Salwa Eid Naser would then miss the Tokyo Games.