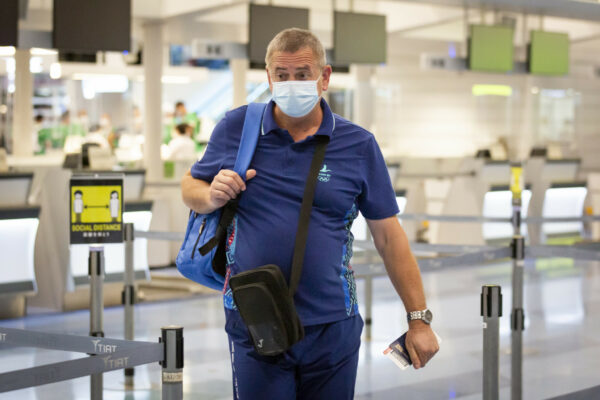 The decision is unprecedented. The Athletics Integrity Unit (AIU), in charge of sanctioning doping offences on behalf of World Athletics, has extended its register to include coaches. On Thursday 19 January, it announced its decision to sanction a Belarusian coach, Yury Maisevich (photo above), for breaches of its code of conduct. The facts date back to the Tokyo 2020 Games. They concern one of the most high-profile cases of the Olympic event, the forced departure of Belarusian sprinter Krystsina Tsimanouskaya from the athletes’ village, who was forced to return to her country for criticising her federation. The young woman had managed to escape the surveillance of officials from the Belarus delegation at Tokyo airport, before being placed under the protection of the Japanese police. She fled to Poland and has since obtained Polish citizenship and hopes to represent her new country at the Paris 2024 Games. Yury Maisevich, the coach of the Belarusian team at the Tokyo Games, was sanctioned by the IOC four days after the incident, with the Olympic body withdrawing his accreditation. He was forced to leave the athletes’ village. According to an IAU press release, he failed to protect the dignity of his athlete, verbally and mentally harassed her, a behaviour that “brought athletics in general into disrepute”. Yury Maisevich’s case will be examined again. But the nature of the possible sanctions has not been disclosed.