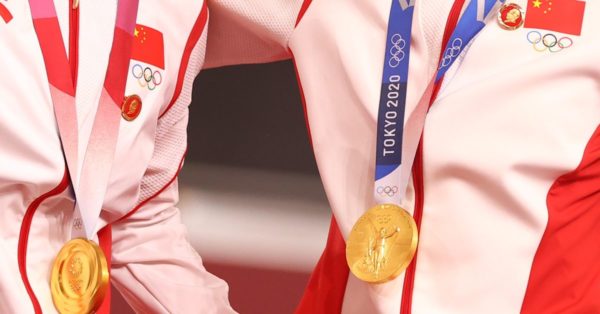 After the United States, China. After athletics, track cycling. Bao Shanju and Zhong Tianshi, two Chinese gold medalists in team sprint, have violated the Olympic Charter at the Tokyo Games. Like shot putter Raven Saunders, who had formed an X with her two arms on the podium, the two young women went to the medal ceremony with a badge bearing the effigy of Mao Zedong on their jacket. A violation of the Olympic Charter’s Rule 50 about the expression of an opinion, political, social or religious, during the Games. The IOC did not appreciate it and expressed it. The authority explained through the voice of its spokesman, Mark Adams, that it asked the Chinese Olympic Committee for a “report on the situation”. Mark Adams said that the IOC is currently examining the issue. The Olympic body decided last month to make its Charter’s Rule 50 more flexible, allowing athletes to express an opinion at the Games, but only through the media or on social networks. Any expression or political gesture remains prohibited on the podium. The two Chinese cyclists thus risk a sanction.