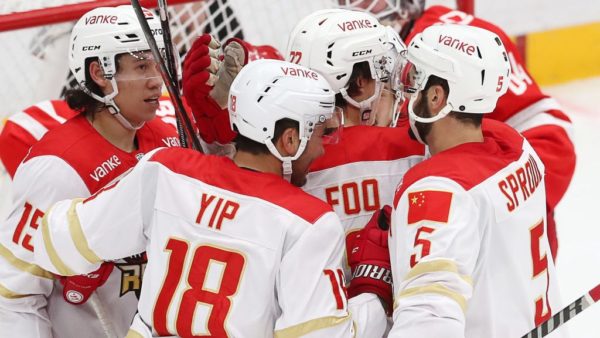 Nothing is done. According to Luc Tardif, the new president of the International Ice Hockey Federation (IIHF), China’s presence in the men’s tournament at the 2022 Beijing Games is not yet a done deal. But the decision will be made very soon, probably as early as next week. The decision is up to us,” explained the French leader, quoted by Sportsnet. We are in agreement with the IOC on this issue. China, which automatically qualifies as the host country, is currently ranked 32nd in the world. The draw for the Olympic tournament has placed them in the same pool as Canada, the United States and Germany, three teams that will be reinforced by their NHL players. Barring a miracle, China will leave the competition without a single point. But the IIHF has never made a secret of its fears that the Chinese team will make one correction after another, a scenario that Luc Tarif says would be good for neither China nor ice hockey. After suggesting that China could lose its place because of a lack of play at an Olympic level, Luc Tardif assured Reuters at the beginning of November that the threat of his withdrawal had been lifted. Has he changed his mind? In reality, I didn’t want to create a diplomatic earthquake as soon as I became president of the IIHF,” he explains today. We wanted to make sure we were on the same line with the IOC. And we are. Norway is ready. Norway, ranked eleventh in the world, is the highest-ranked nation not to have qualified for the Games. It would be the first beneficiary of a decision by the IIHF to withdraw China from the 2022 Beijing Winter Games tournament. Before making a final decision, the international body asked the players eligible for the Chinese team to play two preparatory games this week with Kunlun Red Star, a KHL team, against two other teams from the continental league. In the first of these two test matches, played against the Russians of Amur Khabarovsk, the Chinese came back from a four-goal deficit to lose 5-4. The second, played on Wednesday 17 November, was lost by the Chinese 4-1 to another Russian KHL team, HK Avangard Omsk.