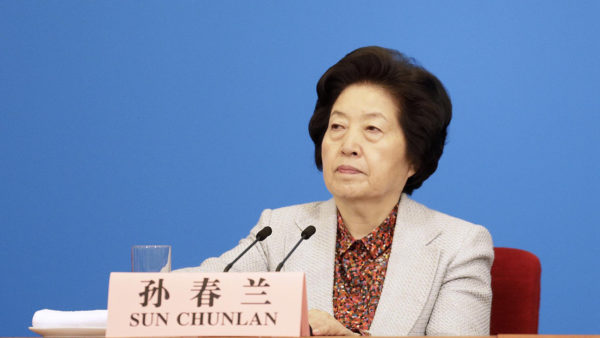 That’s surprising. According to a source in the Chinese Communist Party, China plans to send Vice Premier Sun Chunlan to the opening ceremony of the Tokyo Games on July 23rd. With six months to go before the 2022 Beijing Winter Games, the Chinese regime regularly repeats its desire to strengthen its cooperation with Japan in the Olympic Games field. But none of the seven members of the standing committee of the ruling party’s Politburo will go to Tokyo. According to the same source, quoted by Kyodo News, the Communist Party will make a final decision on the composition of its official delegation after a final analysis of the evolution of the sanitary situation in Japan. Sun Chunla is one of the four Chinese vice-premiers. She is responsible for sports. France, host country of the Paris Games in 2024, will be represented at the opening ceremony by Emmanuel Macron, the President of the Republic. The official delegation of the United States, which will host the Summer Games in Los Angeles in 2028, should be led by Jill Biden, the wife of the head of state.