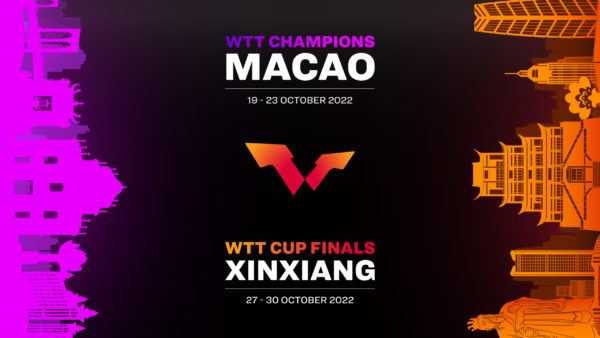 There is no doubt about it: table tennis is getting a special treatment in China this year. The ITTF, the world governing body of the discipline, has announced the organisation in October of two major events on the calendar, two stages of the WTT, the professional world circuit. They will take place in the wake of the World Team Championships in Chengdu (30 September to 9 October), the only international sporting event organised in China since the Beijing Winter Games. The WTT Champions in Macau will bring together the top 30 male and female singles players in the world rankings (as of 23 August 2022) from 19 to 23 October, plus two invited table tennis players. Less than a week later, China will host the WTT Cup Finals (27-30 October) in the city of Xinxiang in Hunan province. The competition will be even more elite, with the world’s top 16 players (men and women) vying for the title of WTT Champion of the Year, and a prize fund of one million dollars.