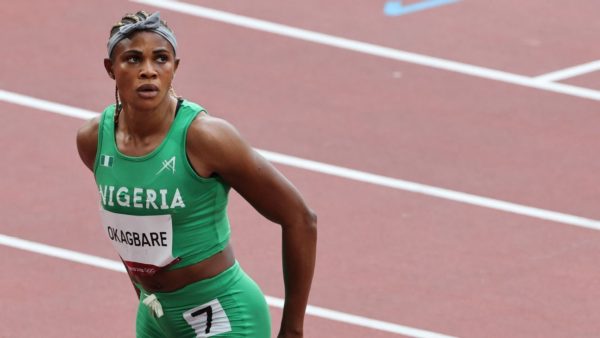 The clouds are gathering over Nigerian sprinter Blessing Okagbare. Prevented from competing in the women’s 100m at the Tokyo Games in the middle of a competition because of a positive doping test for growth hormone, she is now facing two new charges. The Athletics Integrity Unit (AIU) announced this on Thursday, October 7th, stating that the athlete had tested positive for EPO and was refusing to cooperate with the investigation. Summary of the facts: Blessing Okagbare was tested out of competition on July 19th in Slovakia. Her sample tested positive for growth hormone. Warned by the AIU on July 30th in Tokyo, and provisionally suspended, she was forced to abandon her 100m semi-final at the Olympic Games. Since Thursday, October 7th, the Nigerian has been attacked on two other fronts. A second sample, taken on June 20th in Nigeria, tested positive for EPO. The result of the out-of-competition test was announced on August 12th. The athlete was informed eight days later. Since then, Blessing Okagbare has refused to cooperate with the AIU investigation. As of September 15th, she had not provided any of the requested documents. She denies all the facts and wants to be heard before her case goes before the World Athletics disciplinary tribunal. The 32-year-old African sprinter ran the 100m in 10.63 seconds in 2021, with a slightly too favourable wind (+2.70m/sec). She was training in Florida with American coach Rana Reider, as part of a group that included American Trayvon Bromell and Canadian Andre de Grasse, Olympic champion in the men’s 200m at the Tokyo Games.