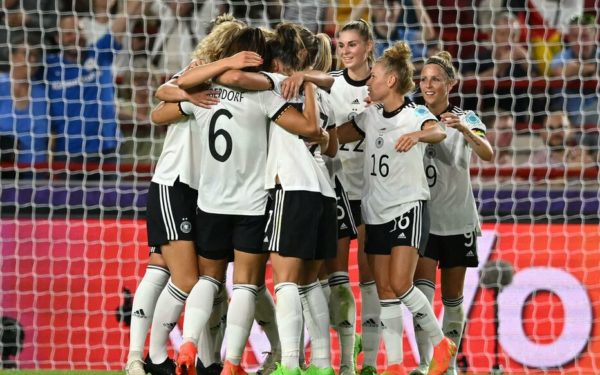 Germany may soon adopt equal pay for men and women for its national football teams. Chancellor Olaf Scholz on Tuesday (9 August) sided squarely with the German women’s team, recently crowned European runners-up, whose players are campaigning for parity. “My position is well known. I think this is a political issue, not like salary negotiations,” he told a press conference on the sidelines of a visit to a German Football Association (DFB) campus in Frankfurt. It has become relevant to discuss equal bonuses. The question is: how can we get more girls excited about football? And bonuses play a role in this context”. At the Women’s Euro 2022 in England, the German players received a bonus of 60,000 euros each for reaching the final, where they were beaten by England. According to several German media, the men received 400,000 euros last year after the continental tournament. The German coach Martina Voss-Tecklenburg suggested that this discrepancy should be corrected. “A little less for the men, a little more for the women,” she recently suggested in an interview with ZDF. The president of the German Football Association, Bernd Neuendorf, said he was open to discussion. “I’m ready to talk about it in our governing bodies,” he promised on Tuesday alongside Chancellor Olaf Scholz.