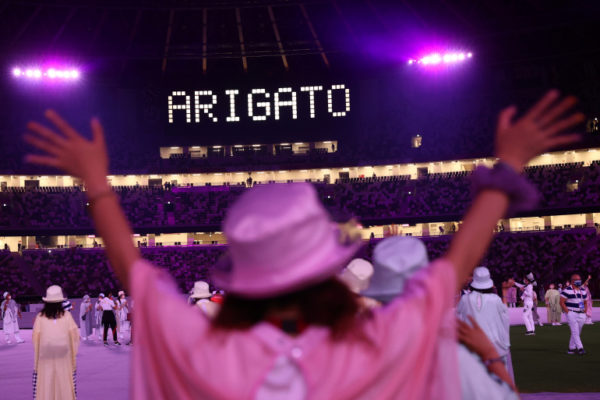 The organisers of the Tokyo Games revealed on Monday, August 9th, the day after the curtain fell: the number of artists involved in the opening and closing ceremonies has been reduced by about three quarters compared to the initial forecasts because of the sanitary crisis. It led the Japanese to reduce the cost of the two evenings and to propose a much simplified version. For the opening night, on Friday, July 23rd, the number of artists was reduced from 800 to only 200. In addition, it was impossible for those in charge of these two sessions to organise any rehearsals or work sessions for about a month because of the state of emergency in the Japanese capital. In response to these constraints, it was decided to make greater use of video. Takayuki Hioki, the executive producer of the ceremonies, explained: “We have more or less redone everything from scratch since last March.”