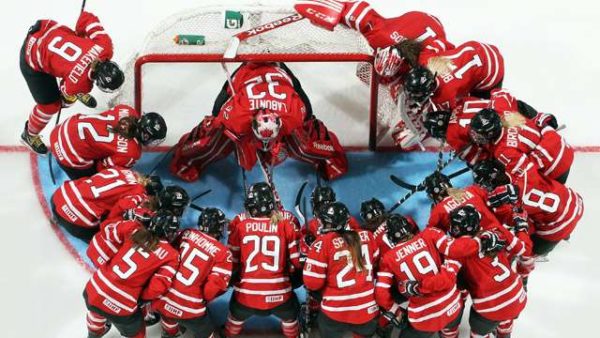 Caution. With less than a month to go before the opening of the Beijing 2022 Winter Games, the Canadian Hockey Federation has decided that the women’s national team will not play any more preparation games before their departure for China. The traditional games against the USA have already been cancelled. They will not be replaced. The players selected for the Games will soon be in Calgary for a final training camp, but the programme does not include any more matches. Hockey Canada’s Director of Operations, Gina Kingsbury, explains: “We want to create a bubble for our group, like we did before the World Championship. There will be very strict rules at the hotel and at the arena. We will make sure to avoid anyone outside our group, and also try to limit contact within our group itself.” Caution will also be exercised in the figure skating ranks. Canada’s top pair, Vanessa James and Eric Radford, told a press briefing via video conference that they were not sure if they would be competing in the upcoming national championships, scheduled to take place before the Beijing Games. Both skaters explained that they both tested positive for COVID-19 during the holiday season. A new positive test at the Canadian Championships would make their trip to China impossible. Eric Radford commented: “We are now facing an invisible minefield.”