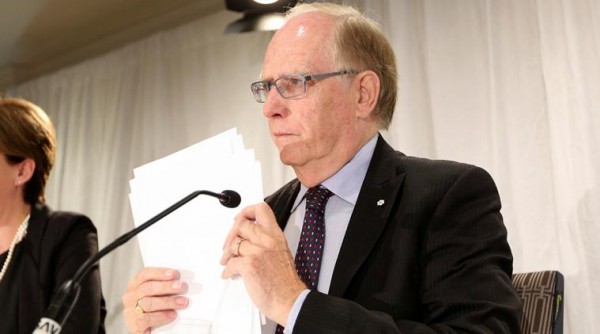 Richard McLaren is on a mission again. The Canadian lawyer (pictured above), known for his reports on doping in Russia and corruption at the International Weightlifting Federation (IWF), has been asked to work on another hot topic. But this time, he will not have to travel. His company, McLaren Global Sport Solutions, announced in a press release that it will work with the Canadian Gymnastics Federation to establish a “roadmap” after the numerous cases of abuse and harassment reported by athletes in recent months. McLaren’s team will begin its investigation by consulting with current and former Canadian gymnasts, national, provincial and territorial officials, coaches and parents. The goal is to identify the reality of the problem. The report is expected in January 2023. The case began last March with a group of more than 70 current and former Canadian gymnasts calling for an independent investigation into a “toxic culture and abusive practices” within their sport in Canada. The gymnasts, most of whom have been on the national team, explained in a letter sent to the Executive Director of Sport Canada, Vicki Walker, that they had never dared to break the law of silence for fear of reprisals. They denounce multiple cases of emotional, physical and sexual abuse by Canadian coaches, particularly against minors.