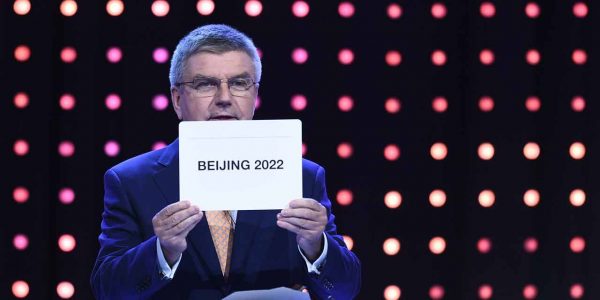 One year before the Beijing 2022 Winter Games, mobilisation is being organised around the world to move, or even boycott, the Olympic event. The latest call is from Canada. Prime Minister Justin Trudeau took advantage of a press conference to publicly address the subject. “On the issue of the Olympics, we continue to speak out in defense of human rights around the world and to denounce violations, as I have done personally in the past, especially with Chinese leaders“, he explained Tuesday, February 16th. “We know that the IOC, the Canadian Olympic Committee, the Canadian Paralympic Committee and other organisations are looking at this issue very closely. We too will certainly continue to follow it closely”. Nothing very new so far. But two opposition parties, the Conservatives and the Greens, are clearly more offensive. They are calling on Justin Trudeau’s government to take a stronger position. Erin O’Toole, leader of the Canadian Conservative Party, told media, “What more evidence does the government need to see before concluding whether or not genocide is taking place in China. And, given that we are even discussing the possibility of genocide, is the city of Beijing a suitable venue for the Olympics?” The same story goes with the Greens, where Annamie Paul, the party leader, urges the Canadian government to do its utmost to relocate the Winter Games out of China.