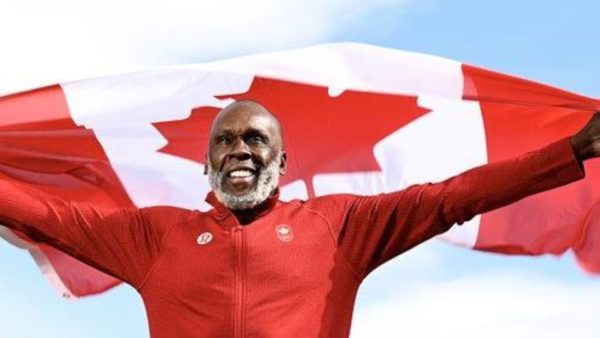 The Canadian Olympic Committee (COC) has taken the lead. At the end of last week, with more than two years to go, it announced that it had chosen its Chef de Mission for the Paris 2024 Games. A logical decision: the role will be held by a French speaker. Former sprinter Bruny Surin, 54, will lead the Canadian delegation to the next Summer Games. He had already been chef de mission at the 2018 Summer Youth Games in Buenos Aires. A gold medallist in the 4 x 100m at the Atlanta Games in 1996, Bruny Surin is now an entrepreneur, speaker and media analyst. In 2002, the year he retired from sport, he established the Bruny Surin Foundation to help promote the importance of a healthy and active lifestyle. Each year, the Foundation provides C$20,000 in scholarships to student athletes. “In the next two years, I want to go to see the competitions If I want to know the athletes, he told CBC after the announcement of his appointment as Chef de Mission. I don’t just want to come to Paris to talk about such or of such sport. I want to have athletehistory up to 2024. I won’t lie, it’s a big big big giveaway, but it’s work I’m going to take very seriously.”