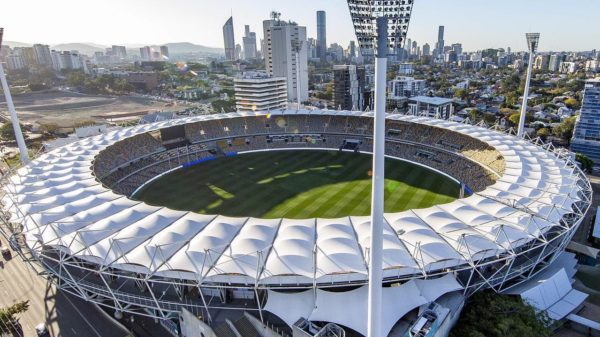 The Australians do not yet have the victory in their pockets, in the race for the Summer Games in 2032, but they are advancing with the air of winners. Queensland authorities announced on Tuesday, April 20th, that Brisbane’s historic Gabba Stadium, built at the end of the 19th century, would be completely renovated for the Games in 2032. The cost of the operation: A billion Australian dollars, or approximately 641 million euros at the current rate. The enclosure would be used in particular for the opening and closing ceremonies. Queensland Prime Minister, Annastacia Palaszczuk, said the capacity of the Gabba Stadium, more officially named Brisbane Cricket Ground, would increase from 42 000 to 50 000 seats. “The Gabba Stadium has been our home of sport since 1895, becoming the home of the 2032 Olympics would be its apotheosis“, she suggested in a statement. The sports venue is located in Woolloongabba, on the outskirts of Brisbane. Its renovation provides for access via a large pedestrian square to a new railway station under construction.