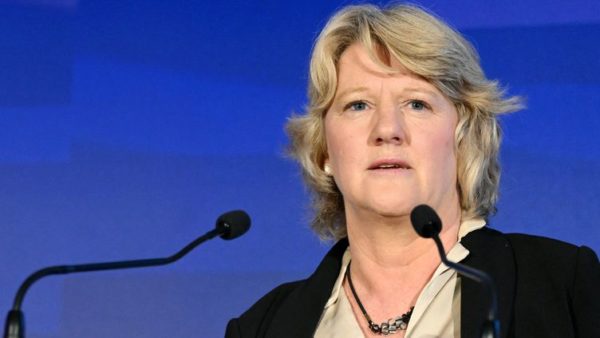 Brigitte Henriques is going on the offensive. The president of the French National Olympic and Sports Committee (CNOSF) has decided to file a complaint for defamation after the publication, on the Danish website Josimar Football, of an article accusing her of having supported a federal football official convicted of moral and sexual harassment. The facts date back to 2018. They do not concern the CNOSF, of which she was elected president in June 2021, but the French Football Federation (FFF), where she was vice-president. Signed by a French journalist, Romain Molina, the article reports that Brigitte Henriques would have supported, in a letter dated 4 October 2018, the former president of the Centre Football League, Jacky Fortépaule, accused of moral and sexual harassment by six complainants. In her letter, the president of the CNOSF highlights “a committed and passionate director“, knowing “how to put his skills at the disposal of the various federal commissions“. According to the Norwegian media article, the letter was used by Jacky Fortépaule’s defence at his trial in Orléans earlier this year, where he was sentenced to a one-year suspended prison sentence, a 1,500 euro fine and 37,000 euros in damages to be paid to the six victims. In a short statement from the CNOSF sent out early on Wednesday 28 September, Brigitte Henriques explained her decision to file a complaint: “This is now the case when comments or writings are defamatory and/or undermine my honour and consideration.” The French leader continued: “This commitment has been one of the priorities of my action plan at the head of the French sports movement for the past 15 months and will remain so.” The Danish media’s article follows the publication by So Foot magazine of an investigation into dysfunctions at the FFF, notably implicating the current president of the body, Noël Le Graët, who was accused by anonymous witnesses of several text messages of a sexual nature sent to female employees of the federation. This investigation led the Ministry of Sport to launch an audit of the FFF.