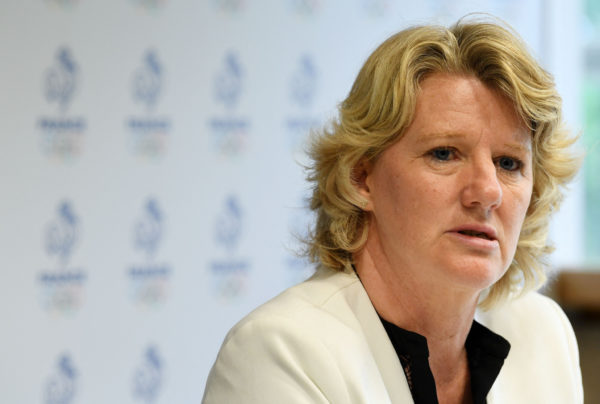 A closed parenthesis? The French Olympic Committee (CNOSF) announced on Tuesday 6 December via a press release: its president Brigitte Henriques (photo above) is back in business. Absent from the body for nearly two months, after a burn-out following the dismissal of the secretary general, Didier Seminet, she will return to her office and her prerogatives this week. “After a few weeks of rest and having relied on a quartet of elected officials who ensured operational governance, Brigitte Henriques will fully resume this week the missions linked to the presidency of the French National Olympic and Sports Committee,” explains the CNOSF press release. She will be present at the various institutional events in December, in particular the information and exchange meeting with the representatives of the 109 federations and the members of the CNOSF on Thursday 8 December”. Her return was announced for January. But by taking her place again in December, Brigitte Henriques intends to show the French sports movement that she remains the boss. And, above all, that she is determined to complete her mandate. The date of her return is not anecdotal. Between now and the end of the year, the CNOSF president will take part in the board of directors of the Paris 2024 OCOG on Monday 12 December, before chairing the CNOSF’s executive committee and board of directors on 13 and 15 December at the Maison du sport français. As a reminder, during her period of rest, Brigitte Henriques had left the operational management of the body to a quartet composed of three elected officials – Michel Callot, Jean-Pierre Siutat and Sébastien Poirier – and the new secretary general, former fencer Astrid Guyart.