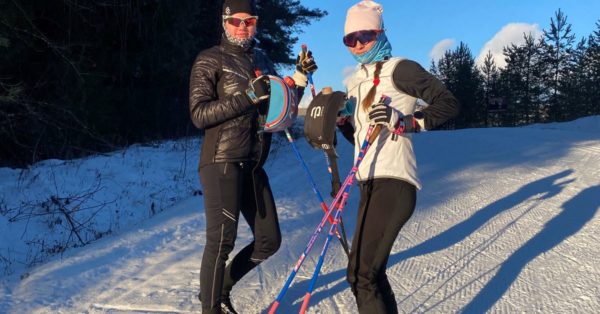 The information is revealed by the Reuters agency: two female cross-country skiers of the Belarusian national team have been deprived of competition by their national federation. They are accused of supporting the opposition to the regime of President Aleksander Lukashenko. Sviatlana Andriyuk (22) and Darya Dolidovich (17) have chosen to break the law of silence. They explain that their FIS (International Ski Federation) numbers, which are essential for competing in international competitions, have been deactivated by their federation. They are therefore unable to take part in a race and, by extension, to hope to be selected for the Beijing Games. The older of the two Belarusians, Sviatlana Andriyuk, told Reuters that the order to disqualify them was given last November by the president of the Belarusian cross-country skiing federation, Aliaksandr Darakhovich. “They accused me word for word of being an opposition supporter,” she explains. Darya Dolidovich, for her part, believes that her sidelining is a consequence of her father Sergei’s, a former Belarusian Olympic skier, support for the political opposition. Their case is reminiscent of another, the attempted forced repatriation of Belarusian sprinter Krystsina Tsimanouskaya to the Tokyo 2020 Games. A refugee in Poland, she now hopes to change her sporting nationality and continue her career under the colours of her host country.