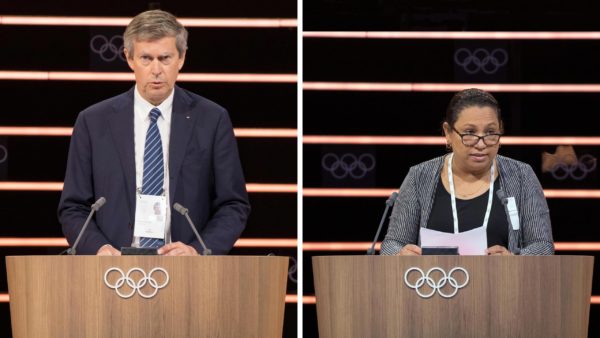 Meeting for three days in virtual mode, the IOC Executive Board decided on the first day of its work, Tuesday 7 December, to propose to the next session of the body, scheduled to take place on the sidelines of the Beijing Winter Games, the re-election of two members of the IOC Ethics Commission for a new four-year term: the Belgian Pierre-Olivier Beckers-Vieujant, who is also the Chairman of the Coordination Commission for the Paris 2024 Games, and Auvita Rapilla, the leader of Papua New Guinea (photo above). Chaired since 2017 by former UN Secretary General Ban Ki-moon, the IOC Ethics Commission has nine members. Four of them are IOC members. Its Chairman and the other members are elected for a four-year term, which can only be renewed twice. The IOC Executive Board also approved on Tuesday 7 December the Athletes’ Commission’s proposal to add a second Vice-President. The future incumbent will work closely with the Commission’s Chair, Emma Terho of Finland, and the First Vice-President, Seung-min Ryu of South Korea.