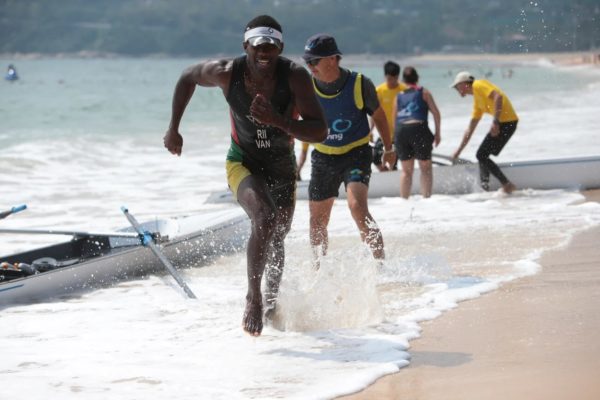 A new step forward. The International Rowing Federation (World Rowing) has announced that beach sprinting, one of the disciplines of sea rowing, has been included in the programme of the 2026 Commonwealth Games in Victoria, Australia. World Rowing has been campaigning for several years to have sea rowing included in the Olympic Games. The body chaired by Frenchman Jean-Christophe Rolland was not successful in its bid for the Paris 2024 Games, but it is now aiming for the next edition, in Los Angeles in 2028. With this in mind, World Rowing had bid for the beach sprint at the Commonwealth Games in 2026. The shortest version of sea rowing, beach sprinting is contested in two-man elimination races, with a short sprint on the beach, followed by a 250m sailing leg to a buoy, before returning to the beach and sprinting to the finish line. The discipline is already on the programme for the 2023 World Beach Games in Bali, Indonesia, and the 2026 Youth Olympic Games in Dakar, Senegal. The 2026 Commonwealth Games will take place from 17 to 29 March in Victoria, Australia. In addition to sea rowing, the Australian organisers have added golf, 3×3 basketball, BMX, cross-country mountain biking and track cycling to the programme, as well as three disabled sports (3×3 wheelchair basketball, para-shooting and para-cycling). Shooting, which was excluded from the 2022 Commonwealth Games in Birmingham due to a lack of international-standard equipment, will be included in the official competition programme in 2026.