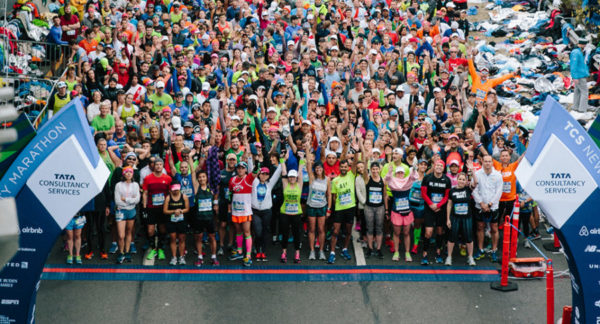 The 2021 New York Marathon would have looked like before, as a mass race open to the whole world. But its organisers have admitted in a statement published on the event’s website: thousands of foreign participants will be forced to forego setting their foot on the Big Apple’s pavement this year, because of the bad timing between the date of the race, Sunday, November 7th, and the reopening of the American borders, scheduled for the following day. “International participants who are unable to travel to the United States because of the U.S. President’s ban will be eligible to defer their entry for the 2022 New York Marathon,” said the NYRR, organizer of the legendary race. The ban in question was imposed by Donald Trump when he was in the White House. It was lifted by Joe Biden, but one day too late. It concerned all European countries in the Schengen area, the United Kingdom, Ireland, Brazil, South Africa, India, China and Iran. For all nationals of these countries not residing in the United States, it will not be possible to enter the country before the New York Marathon. They will therefore have to contact the organisers between October 21st and November 3rd in order to transfer their number signs to the 2022 edition, but for a flat fee of 75 dollars. The New York Marathon was cancelled in 2020 because of the pandemic. This year, it was expected to host around 33,000 starters, 60% of the 53,000 registered runners in 2019.