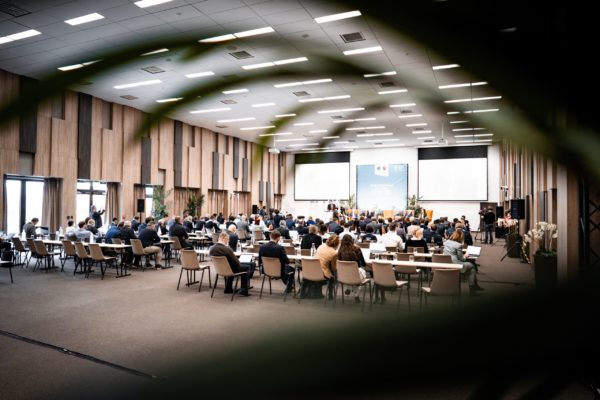 The 41st Annual Seminar of the European Olympic Committees (EOC) came to a close last weekend in Samorin, Slovakia. The final day of the hybrid meeting, attended by representatives from all 50 National Olympic Committees in Europe, began with the presentation of the European Awards to a dozen personalities – officials, coaches or athletes – for their contribution to sport and the European Olympic movement. At the top of the list was the former president of the French National Olympic and Sports Committee (CNOSF), Denis Masseglia, who led the body for 12 years (2009-2021). Marijan Kvesic, President of the NOC of Bosnia-Herzegovina; Sanda Čorak, Vice-President of the NOC of Croatia; Kveta Peckova, a cross-country skier from the Czech Republic; Jeno Kamuti, Hungarian President of the International Committee for Fair Play; Maria Mracnova, the former Vice-President of the Slovak NOC; Zintis Ekmanis, a bobsledder from Latvia; Jozef Lipiec, the former President of the Polish Olympic Academy; and Ihor Cheredinov, a Ukrainian shooting coach, were also awarded the European Laurels. The seminar also provided an opportunity for Hasan Arat from Turkey, Chairman of the Coordination Commission for the 2023 European Games in Krakow and Malopolska, to give an update on the preparations for the continental event, the host city contract for which will be signed in December. Hasan Arat explained that the competition programme already includes 16 sports, with three more to come. According to the Turkish leader, the third European Games are already shaping up to be the densest and most comprehensive in history.