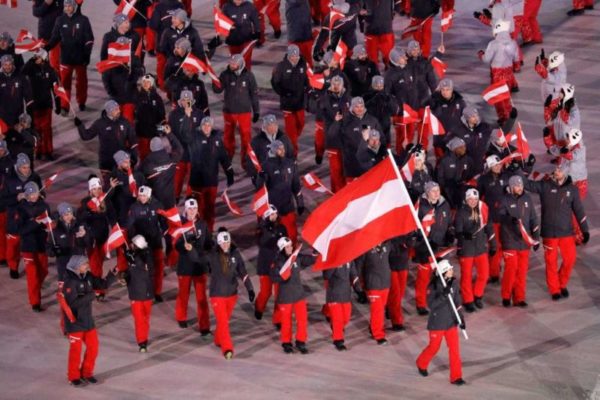 Austria will be present in force at the Beijing Winter Games. Presented very officially on Wednesday 25 January before the government for a pre-departure ceremony, the delegation includes 106 athletes. According to Karl Stoss, President of the Austrian Olympic Committee, “the cards are very, very good” for the country as the Olympic Games approach, with Austrian athletes having particularly shone in the World Cup stages since the start of the winter. The delegation will be led by a handful of reigning Olympic champions, including alpine skier Matthias Mayer, snowboarder Anna Gasser and luge athlete David Gleirscher. Karl Stoss’ stated goal: a collective result between the 14 medals from the PyeongChang 2018 Games and the 17 brought back from the Sochi 2014 Games. A first contingent of Austrian athletes will fly to Beijing on Friday 28 January.