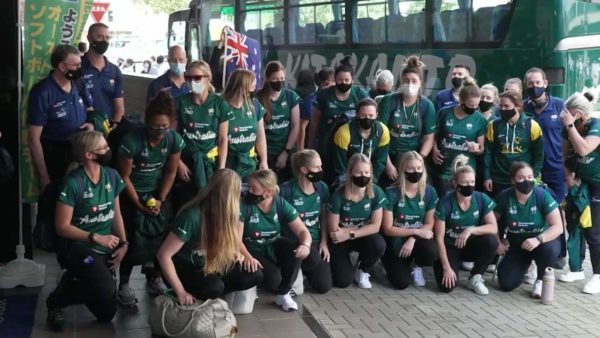 It’s on. With less than 50 days to go before the Tokyo Games, things are getting serious now for the Australian women’s softball team. After being the first foreign delegation to set foot on Japanese soil – the only one to date – they are also the first to begin their preparation. The Australians took part in a training session on Saturday, June 5th, in the town of Ota, located in Gunma prefecture, where they will be staying until they leave for the athletes’ village in Tokyo. After spending four days in their hotel, they were allowed to go to the training ground, as none of the players in the Olympic delegation had developed any symptoms. But their training session was closed to the public. According to local officials, spectators may soon be allowed to watch the sessions from the stands, but without direct contact with the players.