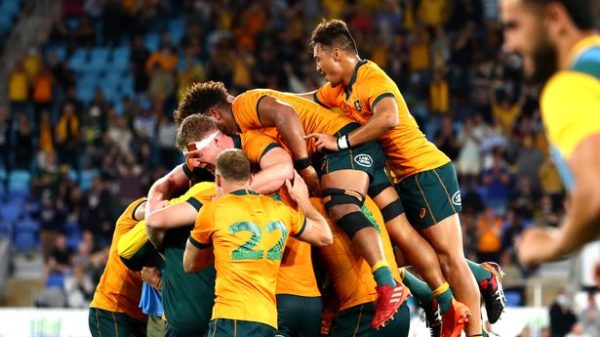 With less than 18 months to go before the 2023 Rugby World Cup in France (8 September to 28 October), the big moves are being made. AFP reports that the Australian team has chosen the city of Saint-Etienne to establish its base camp. The Wallabies will train at the Roger-Baudras stadium in the town of Andrézieux-Bouthéon, in the Loire region. The stadium is to be renovated for the occasion, with the first phase of work (pitch and lighting) to be launched in the coming days. The Australian team will stay in a four-star hotel, La Charpinière, located in Saint-Galmier. A logical choice for the Wallabies, winners in 1991 and 1999, as they are due to play two first round matches at the Geoffroy-Guichard stadium in Saint-Etienne on 17 September and 1 October 2023.