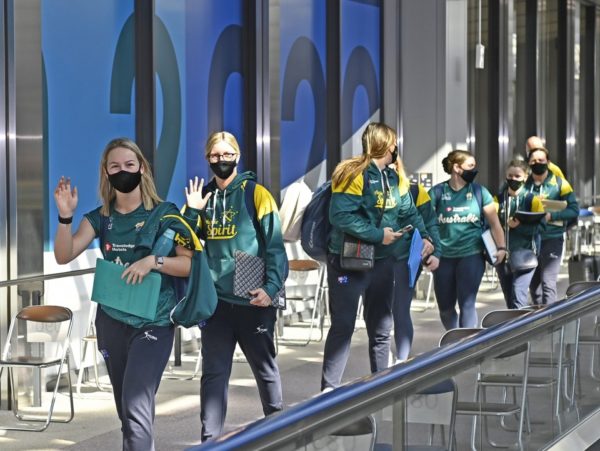 It’s done. With 52 days to go until the opening ceremony of the Tokyo Games, the first foreign team has set foot in Japan. The 23 players of the Australian softball team and members of the coaching staff, landed early in the morning on Tuesday, June 1st, at Narita airport. The Australian delegation travelled to Tokyo via Singapore. They are due to travel to the city of Ota, in Gunma prefecture, north-west of the capital, for a long final camp and several preparatory meetings. All team members were vaccinated against the coronavirus prior to their trip. In Japan, they will be tested daily for the virus and will have no contact with the public. Their rooms, dining areas and meeting spaces will be confined to one floor of their hotel. The Australian softball team will move to the Olympic Village on July 17th, before playing their opening game against Japan on July 21st, at Azuma Stadium in Fukushima. With less than two months to go before the opening, the arrival of the first foreign delegation in Japan is still far from solving all the problems of the host country, which is confronted with public distrust and a new state of emergency in Tokyo and several other prefectures. But it gives the event a more real and sporting image. The athletes arrived. The Games can (almost) begin.