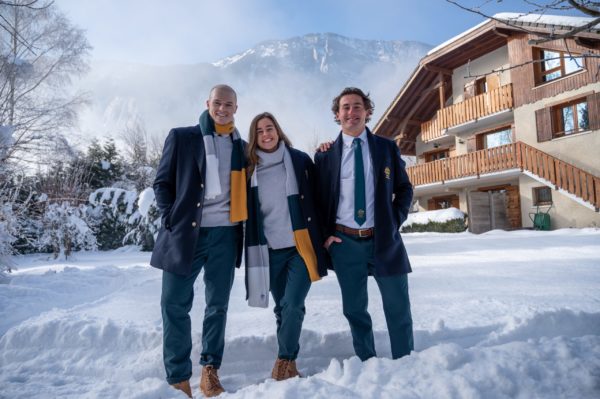 Perfect timing. The Australian Olympic Committee (AOC) took advantage of the symbolic date of D – 1 month before the opening of the Beijing 2022 Winter Games, this Tuesday 4 January, to unveil the official delegation outfits for the next Olympic event. They were presented by several Australian athletes selected for the Beijing Games, all moguls specialists, including World Championship silver medallist Jakara Anthony, three-time Olympian Britt Cox, and World Cup medallist Brodie Summers. The skiers posed in Europe in the French resort of Alpes d’Huez because the health situation in Australia made it impossible to organise competitions. The “centrepiece” of the Olympic uniform is a long wool coat, inscribed with the names of all 265 Australian Winter Olympians, from the first competitor Kenneth Kennedy in 1936 to Olympic champions Alisa Camplin, Torah Bright and Steven Bradbury.