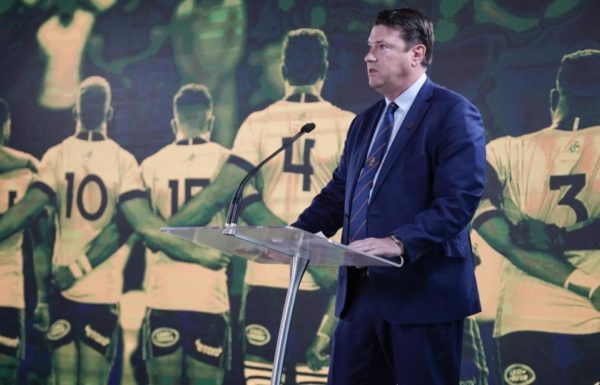 It’s done. This week, Australia has officially launched its campaign to host Men’s Rugby World Cup in 2027. The Australian project, called “Game on”, was presented from Sydney by Hamish McLennan, Rugby Australia’s president (photo above). “Hosting the 2027 Rugby World Cup is a unique opportunity for Australia,” suggested the Australian leader. “It would have a real impact on our country’s economy, while ensuring a lasting legacy for rugby in the region.” The bidding committee estimates that the event could attract more than two million spectators, including 200,000 from overseas. The 2027 World Cup would inject about 2.5 billion Australian dollars (1.58 billion euros) into the country’s economy. Unless there’s a big twist, Australia should win the bid. After Argentina’s withdrawal, which was interested for a while, the competition looks like it will not be very dangerous for the Australians. A surprise could come from Russia, but Russian leaders are preparing a common strategy for two editions of the men’s World Cup, in 2027 and 2031. If they win, Australia will experience a unique sporting decade in its history, with Women’s Basketball World Cup in 2022, Women’s Soccer World Cup in 2023, co-hosted with New-Zealand, Men’s World Rugby Championship in 2027, and finally the Olympic and Paralympic Games in 2032, for which Brisbane and Queensland have a very strong lead.