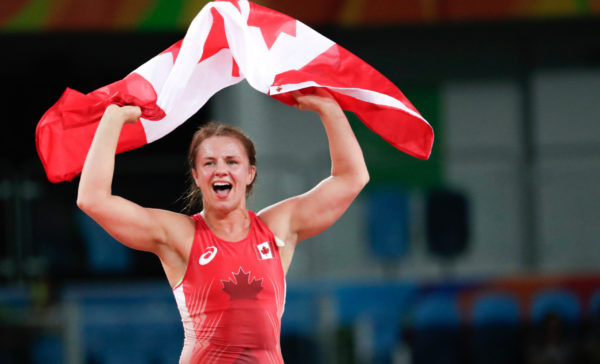 No one is a prophet in his country, they say. In Canada, Dick Pound’s proposal to prioritise athletes preparing for the Tokyo Games in the COVID-19 vaccination process is not getting a very enthusiastic reception in the Olympic movement. Several Canadian athletes have publicly expressed their distrust of such an idea, including wrestler Erica Wiebe (pictured above), Olympic champion at the Rio 2016 Games. “The most important people who need to be vaccinated are the workers in the frontline of the health crisis, the people most at risk and those living in long-term care homes”, she told CBC. “They are the ones who must be given priority. For me, the purity of the Olympic movement goes far beyond just portraying athletes who can entertain the world”. Same story with gymnast Kyle Shewfelt, floor gold medalist in Athens 2004. “Morally, I don’t support such an idea”, he explains. “Athletes are healthy individuals, they belong to an age group less vulnerable to the fatal consequences of this disease. As much as I want the Olympics to happen, there is no doubt in my mind where the vaccine should go. The Olympic Games must be able to run safely, whether the athletes are vaccinated or not”.