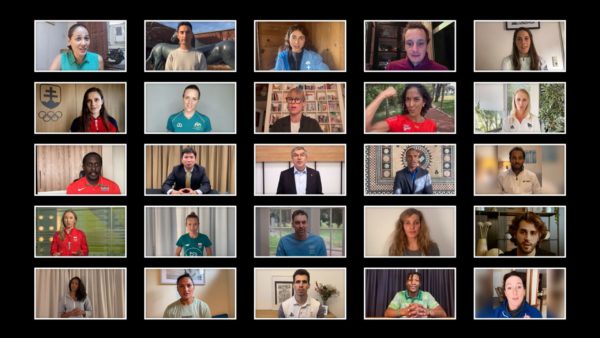 The initiative is unprecedented. More than twenty athletes from around the world, both Olympians and Paralympians, have been brought together by the IOC in a video in which they call on international leaders and decision-makers to guarantee free and fair access to vaccines against COVID-19. Launched on Tuesday 11 January, less than four weeks before the opening of the Beijing 2022 Winter Games, the video features five members of the IOC Athletes’ Commission: Italian swimmer Federica Pellegrini, South Korean table tennis player Seung Min Ryu, Spanish basketball player Pau Gasol, Polish cyclist Maja Martyna Włoszczowska, and Kenyan rugby player Humphrey Kayange. Other speakers chosen by the Olympic body include New Zealand shot putter Valerie Adams, British triathlete Alistair Brownlee, Italian high jumper Gianmarco Tamberi, and Belgian athlete Jonathan Borlée. Thomas Bach, IOC President and former Olympic medal-winning fencer, joined the movement and also appeared in the video. In their message, the athletes solemnly call on “governments, foundations, philanthropists, health organisations and social businesses to join hands in giving free and equal access to the vaccine for everybody across the world”. They make their own the new Olympic motto adopted last summer on the sidelines of the Tokyo Games – Higher, Faster, Stronger, Together – by explaining: “We are stronger together when we stand in solidarity and care for each other.”