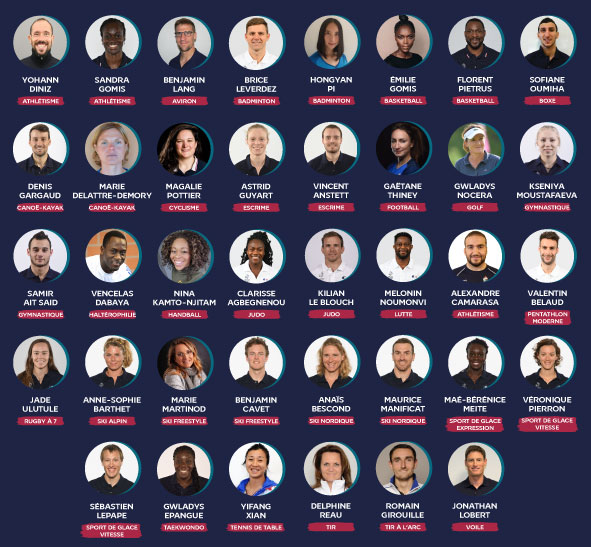 New heads at the High Level Athletes’ Commission (CAHN) of the French National Olympic and Sports Committee (CNOSF). The elections for the new Olympiad (2021-2025), which ended on March 31st, 2021, resulted in the nomination of 38 Olympians from the summer and winter Olympic federations (photo above). It should be noted that, for the first time, the electoral college has been enlarged so that this commission is even more representative of all high-level athletes. In addition to the Olympians who have taken part in the Olympic Games during the last three Olympiads, all the athletes registered on the Elite, Senior, Succession and Reconversion in 2021 ministerial lists were invited to participate in the vote. After the announcement of the results, the first plenary met on Thursday, April 8th, 2021. It elected fencer Astrid Guyart and archer Romain Girouille as co-presidents. They succeed taekwondoist Gwladys Epangue and swimmer Fabien Gilot. The two new co-presidents will be presented at the next CNOSF general assembly on June 29th, 2021, as candidates for the board of directors in their capacity as representative of the CAHN.